The Girl Who Handcuffed Houdini

Trailer for The Girl Who Handcuffed Houdini
Prospective TV series 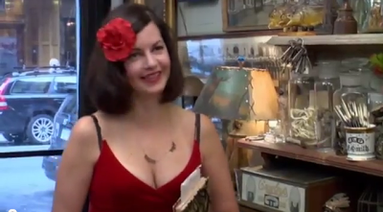 Cynthia von Buhler and Speakeasy Dollhouse were featured in "A Gurney for Grandpa" on the Science Channel television show Oddities. She also appeared in their holiday episode.

Inside the Speakeasy Dollhouse,
A Sequel to Of Dolls & Murder,
​Narrated by John Waters,
​Directed by Susan Marks 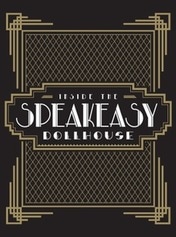 Before forensics, DNA, and CSI we had dollhouses – an unimaginable collection of miniature crime scenes, known as the Nutshell Studies of Unexplained Death. Created in the 1930s and 1940s by a crime-fighting grandmother, Frances Glessner Lee created the Nutshells to help homicide detectives hone their investigative skills. These surreal dollhouses reveal a dystopic and disturbing slice of domestic life with doll corpses representing actual murder victims, or perhaps something that just looks like murder. Despite all the advances in forensics, the Nutshells are still used today to train detectives. Documentary film, Of Dolls and Murder, explores the dioramas, the woman who created them, and their relationship to modern day forensics. From the iconic CSI television show to the Body Farm and criminally minded college students, legendary filmmaker and true crime aficionado, John Waters narrates the tiny world of big time murder. 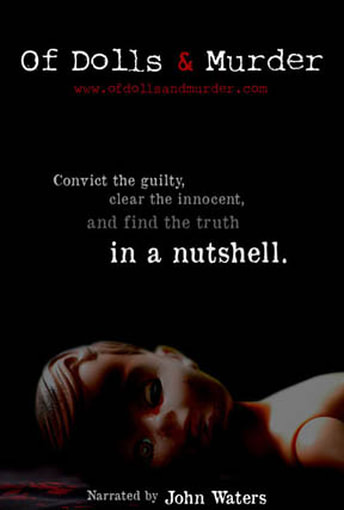 ​Inspired by a collection of dollhouse crime scenes known as “The Nutshell Studies of Unexplained Death,” Cynthia von Buhler recreates the story of her grandfather’s prohibition-era murder with a dollhouse replica of his speakeasy club and bakery.

This documentary film goes inside Cynthia’s world of miniature murder and steps back in time through her off-broadway immersive play. With these investigative techniques she attempts to unravel the curious mystery surrounding her grandfather’s death.
​
Inside the Speakeasy Dollhouse DVD includes the documentary film (Running time 17:38) and special PDF files of Cynthia von Buhler's graphic novel "Speakeasy Dollhouse, The Bloody Beginning" and an Evidence Booklet Playbill.

Cynthia von Buhler made a short silent film based on her immersive play, Ziegfeld Midnight Frolic.

The speakeasy is our dollhouse and the audience are the dolls.”
​– Cynthia von Buhler

Speakeasy Dollhouse is a time capsule transporting audiences to the scene of a riveting crime and then inviting them to live fully in that world, erasing the boundary between themselves and the performers. The plays are interactive, non-fictional investigative stories inside sensory theatrical worlds. The Speakeasy Dollhouseexperience begins with a series of emails featuring actual news articles, investigative dollhouse recreations and a password for entry through a secret door where guests are given a role to play.